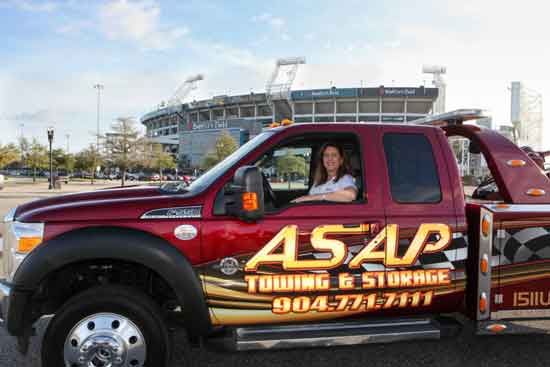 Born and raised on the Westside, Vanice began honing her business skills even before she graduated from Robert E. Lee High School in 1983. She entered the workforce in 1982, during her junior year, with a job at Florida National bank downtown in the Armored Car division. Vanice credits her first job for teaching her skills such as customer service, balancing credits and debits, handling thousands of deposits and challenging her with a lot of responsibilities.

Vanice’s passion for customer service has helped drive ASAP Towing’s growth since she started the company with her husband, Vince, in 1995. ASAP Towing also sponsors many community and charity events such as those for Make a Wish Foundation and Dreams Come True. The company also buys Christmas presents for the Boys Home, has provided bicycles to Camp Consequence and assists the First Coast Apartment Association with donating Christmas toys to the Children’s Home Society.

“She is a highly dedicated professional who is conscientious, humble and honest. As a result she has earned the respect of all who come in contact with her.” – Angela Corey, State Attorney

“Vanice Serrano is a woman of both grit and grace. She walks in a man’s world in her industry of towing, but she is very capable of holding her own, which she does through diplomacy and tact. Vanice will give it to you straight, but she will do it in a calm and professional manner.” – Janet Herrick; CEO, Onsite Environmental Consulting and the 2011 Small Business Leader of the Year

“Vanice is an intelligent woman who holds the towing industry to the highest standard and has earned the respect of fellow towers in Jacksonville” – Doug Dixon, Deeway Towing 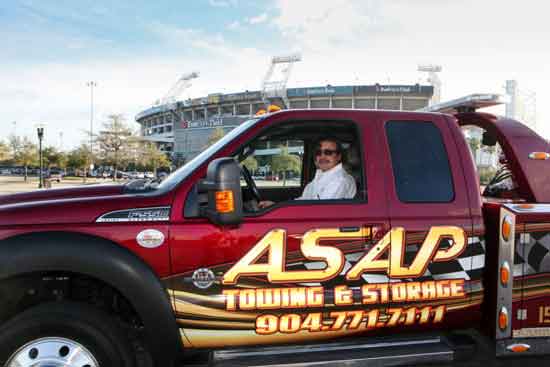 Vince Serrano is a native of Florida and a lover of Jacksonville. He’s a proud veteran of the US Army and has been with his wife, Vanice, since 1991. They started ASAP Towing and Storage in 1995. Individually and through ASAP Towing, Vince and Vanice have supported many local community and charitable organizations with time, in-kind donations, and charitable contributions.

Vince previously served as the president of the Jacksonville Wrecker Association. During his tenure, he worked closely with City Council members to craft and pass legislation to “clean up” the local towing industry and protect consumers from price gouging.

Vince and Vanice have three beautiful daughters together, and Vince enjoys cheering them on in the various sports that they participate in. In his free time, he loves being out on his Hydrosport boat, sport fishing and has placed in multiple King Fish Tournaments. On football Sundays, you can find him heading up the ASAP Tow Daddy Teal Gate, cheering on his Jaguars! 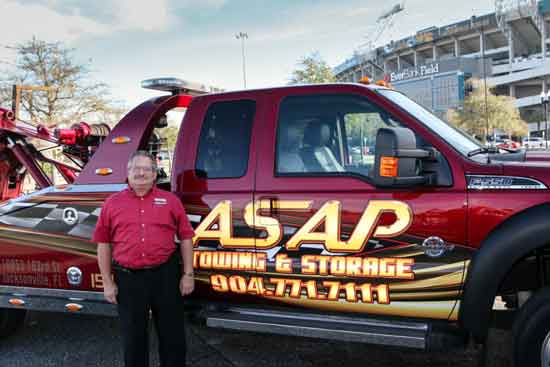 Maury Kopman represents ASAP Towing throughout the community as the commercial account representative. He is the face of the company at all community events and is most likely the first person many companies and business owners will meet.

Maury has been in outside sales in North Florida and South Georgia for more than 32 years. He is active in a number of organizations including the chambers of commerce in Clay County, Jacksonville, Ponte Vedra and St. Johns County. He is a graduate of Leadership Clay and is also a board member with the North Florida Hotel and Lodging Association. 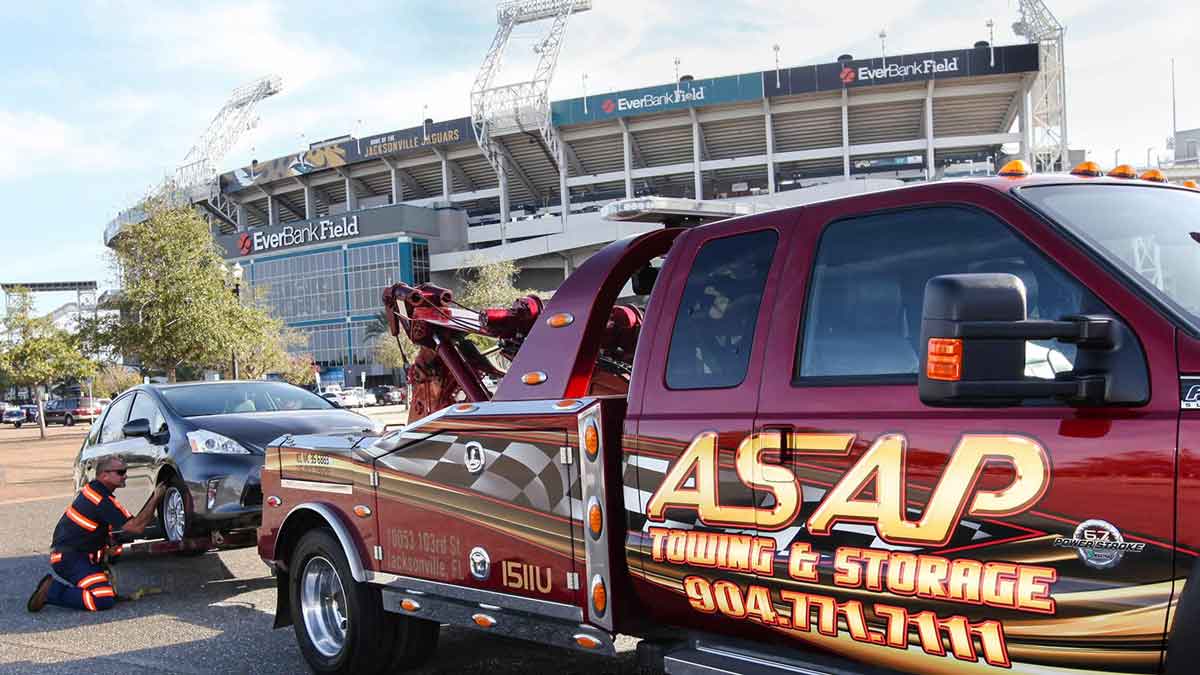 Mike Boesse is an account representative with ASAP Towing. He works with a number of multi-family complexes and accounts on the Westside of Jacksonville, in Orange Park, and in Fleming Island.

Mike is very organized and dedicated to making sure his clients are taken care of and all their towing needs are met. 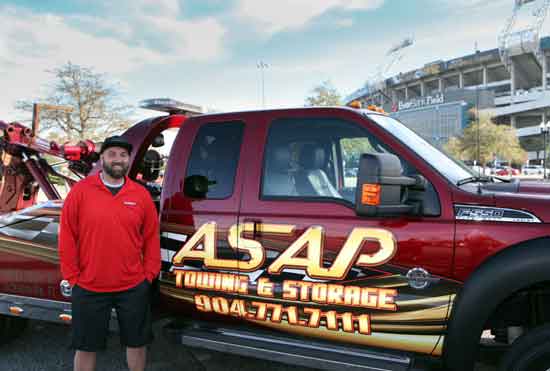 Jason Henderson spends his time on the Southside, Arlington and Beaches for ASAP Towing. He is an account representative and maintains all the multi-family complexes and accounts in those areas of town.

Jason has a very strong work ethic and prides himself on his excellent customer service. His clients can rest assured their towing needs are handled quickly and efficiently. 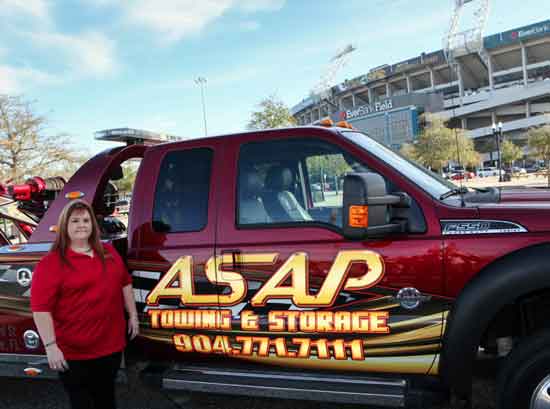 Carmie McInarnay is a dispatcher with ASAP Towing.

Carmie is very knowledgeable about the towing industry. Her parents owned a towing company, so working at ASAP is a natural fit for Carmie.

Absolutely the best company for all your towing and storage needs. Great Customer service on the phone and in person. Keep up the good work.

ASAP went above and beyond for my family tonight. Great service, timely manner and was very, very helpful and informative!

ASAP came to winch my son’s car out @ 2 AM and was very courteous. He treated my son's car as if it was his own car when getting it pulled up to the road.